Established in 2000 by major window film manufacturers, the European Window Film Association represents and seeks to further the interests of the window film industry. It brings together manufacturers and distributors with the purpose of promoting window film products in the EU and highlighting their innovative performances and properties as well as introducing the concept of EU harmonised or EU endorsed window film standards as no such standard presently exists in the European Union. 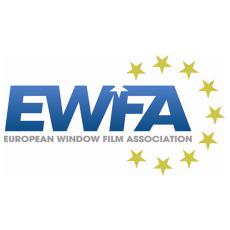